Why an ECA?
The ECA is an attempt to organize the Instructional and Informational Content of the Enterprise. Including Information – because not everything needs to be Instruction to assist people in becoming and being Performance Competent. Sometimes Information provided “in the workflow” is appropriate.

Why Bother?
I’d organize the ECA prior to analysis and design and development – to insure that important gaps aren’t left in Informal Learning mode. Some say only 20% of what is learned about doing one’s job was accomplished via Formal Learning – and THAT provides their rationale for doing more Informal Learning.

I’d suggest that most Enterprises didn’t invest in covering 100% in the first place – as covering 100% of all jobs within an Enterprise wouldn’t provide enough ROI for the Investments required. So they left it for what I’ve been calling Unstructured OJT since the mid-1980s – now-a-days called Informal Learning.

The ECA has four major segments: A – B – C and D. They were covered in a previous Blog Posting. Plus other Posts that you can search for using the search tool at the top of this Blog.

Segment C of the ECA is where all “PACT modular” content is stored for retrieval by PUSH and PULL target audiences, by facilitators for group-paced deployments, and by coaches in Structured OJT deployments.

The ECA is organized into 5 Tiers.

Tier 1 delivers Orientation content on the Enterprise itself – and all of the business units, divisions, functions, departments, teams and individual job titles. All short – and to the PERFORMANCE POINT.

Tier 2 contains all of the “advanced organizers” for the EPPA – The Enterprise Process Performance Architecture – and are determined via the PACT analysis efforts. Tier 2 is organized by the EPPA to ensure that the workflow of the processes themselves are central to the objectives for content: both Informational & Instructional.

This is where the analysis data is housed as Information/Instruction.

Tier 3 is organized by the 17 categories of enabling K/S used in PACT Analysis efforts. And by a couple to many sub-categories for each.

Tier 4 and 5 content are “How To” in nature and together have a 1:1 relationship with every Tier 2 chunk of content…typically for me at the AoP level of organization/content compiling/clustering/segmenting.

The only difference between Tier 4 and 5 – is that Tier 4 is for more than one Target Audience and Tier 5 is for one defined Target Audience. Tier 4 content is usually more difficult to develop than Tier 5 content.

Self-Paced/ Video & Audio
Modes and Media: Podcasts. Registered/ deployed/ tracked via an LMS and/or a Wiki for PUSH and PULL Target Audiences respectively. Sometimes video images are needed to augment audio – when audio alone won’t do.

Self-Paced/ Audio
Modes and Media: Podcasts. Registered/ deployed/ tracked via an LMS and/or a Wiki for PUSH and PULL Target Audiences respectively. Sometimes short or long audio is an appropriate deployment mode.

Self-Paced/ Readings/ References
Modes and Media: E-Learning/ Books, Magazines, Articles, Reference Sources. Registered/ deployed/ tracked via an LMS and/or a Wiki for PUSH and PULL Target Audiences respectively. When the content exists already and simply needs to be “pointed to” for the Learners in a timely manner during and/or before “the workflow.”

Structured OJT/ Certified Coach
Modes and Media: Paper. Registered/ deployed/ tracked via an LMS and/or a Wiki for PUSH and PULL Target Audiences respectively. When the coach needs to be extremely qualified – and perhaps certified for handling the deployment – for a Risk and Reward perspective – or a regulatory requirement perspective.

Structured OJT/ Coached
Modes and Media: Paper. Registered/ deployed/ tracked via an LMS and/or a Wiki for PUSH and PULL Target Audiences respectively. When almost any coach will do.

Un-structured OJT/ Coached
Modes and Media: Paper. Registered/ deployed/ tracked via an LMS and/or a Wiki for PUSH and PULL Target Audiences respectively. Guided Informal Learning. When the learning is so specialized or unique and volatile – with a short shelf-life – that investing in content development won’t be worth it in terms of ROI.

Informal Learning: Guided
Modes and Media: Any and all. Professional and Social Networks/ References and Resources on-line and off-line. Typically not registered/ deployed formally but may be tracked. For special topics/tasks on the leading edge.

Informal Learning: Unguided
Modes and Media: Any and all. Best for advanced Learners with greater amounts of prior knowledge (in an Enterprise Context vs. Personal Context). Typically not registered/ deployed formally but may be tracked. Maybe not.

Learning By Self-Published Content and Second Life?
Some companies are sited as supporting Learning by self-published content. But they are all technology companies that have something to sell you. Are we ready for that yet?

Are we ready for Second Life in the Learning Deployment Modes and Media mix? I’m not sure about that – in terms of the future. Right now I don’t think it is more than interesting. But a great Investment for ROI for the Enterprise Shareholders?

Deployment of the ECA
Here is how these Deployment Modes and Media sync with the 5 Tiers of the ECA.

The PACT Processes are covered in my book, available as a free PDF at http://www.eppic.biz/: 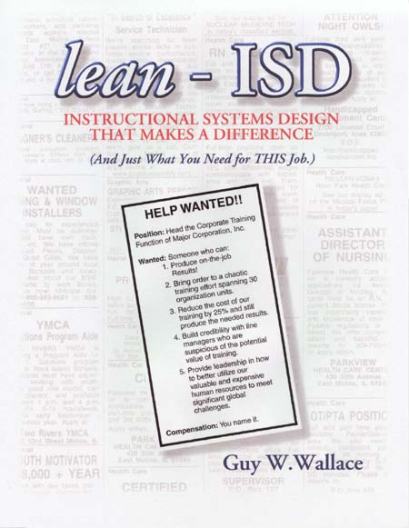 These Modes/Media can help you plan and serve the balanced meal that Clive Shepherd wrote about in a recent Blog Posting.