Her Blog is here – but this is the place to follow her – at The Twitter. I’ll let you search for her on Facebook, where she also hangs out. 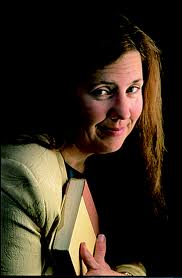 She is a key player in Thursday’s Twitter #Learnchat with the her evil twin, Jane Hart.

Jane is a popular invited speaker. See her Blog for the past and future speaking gigs she is doing.

I have know Jane professionally – virtual – meeting her via Twitter – since back in 2007. I like her combination of Research-Based (Evidence-Based) and all-things Social Media wise for learning and performance support. When we started the ISPI Charlotte chapter we wanted to have her speak our first year, and she participated in a panel in December 2010 with three others. She was back again this past January.

She saw a Blog Post of mine and asked me if I’d write an article for elearn Magazine – here – about Learning Styles. Something she too often addresses, feeling as I do, that it is what I call Foo Foo.

One of the Many Things I Learned From Jane

Durham NC has a great music venue. That was also via The Twitter – as I had read on Twitter, from her, that The Steve Miller Band was going to play in Durham NC several years back. And so I got tickets, as it had been 40 years since I saw The SMB. Jane and I were on different floors, as I was on the balcony deliberately, not wanting to stand through the whole show, but we traded several texts. Ah, technology.

Although she sometimes claims to be the world’s oldest millennial, due to her being completely hip about current technology and social media in learning, she brings an evidence-based practice approach to it all which is all too often missing from those who are simply hip to the technology and not its application. She balances that with practical, proven approaches.

In a recent book review she writes:

I was lucky enough to get my hands on an advance copy of Karl Kapp’s new book,“The Gamification of Learning and Instruction” (Pfeiffer) (also see the book’s Facebook Page) just in time for a long plane ride. What a delight! In an age when there’s so much confusion about this in the field, Kapp offers a timely, common-sense view of realities and possibilities.  Among my own frustrations are those in L&D (and, ahem, marketing) who are swept away on tides of badges and points without really understanding the instrinsic motivation and factors critical to successful, meaningful gamification.

And IMO she’s about terminal performance, and enabling that, using common sense use of common tools. And newfangled tools too. Use it all, if it makes sense. But don’t practice dis-proven methods.

What I Also Learned From Jane

From her Blog:
I have an article in the new issue of ASTD’s T+D, “From Traditional Instruction to Instructional Design 2.0”. It’s excerpted here if you’d like to take  look. Some highlights:
Social learning is learning with and from others by moving within one’s culture, workplace, and world. It’s often unconscious and unintentional, and it often looks more like solving a problem or working together to make sense of something. Social learning is how most of us learn most things: through living in our cultures and interacting with others there. It’s how babies learn to talk and how we learn the basic rules of getting along on the playground. It’s all around us every day, from water cooler conversations to asking a co-worker for an opinion.
What are some ways to help support the new learning as people work to implement it? Some ideas include
Check here for the excerpt, and the actual publication for the full text.

Some Other Great Resources From Jane For You

Jane has authored and co-authored many books – many of these are available via Amazon – see the list here.

Some of these books include:

Also, check out Jane’s 2008 doctoral dissertation: The Usefulness of Wenger’s Framework in Understanding a Community of Practice.

In full disclosure  as I wrote above, I’ve published two articles while she was at the helm, editor-wise, of E-Learn Magazine – here.

My Favorite Memories of Jane

I have given some serious thought to hiring her to come install The Google on my computer.
I’ve seen many times her online offers to do that. If you are in need of her services, just Google it, and I’m sure you’ll find her offer’s specifics out there.
It sounds so cool.
That Google thing.
Jane has a great sense of humor. But she does not tolerate foolishness. She calls them like she sees them. And she does not chase fads.
That’s IMO exactly the kind of people you want, and need, in your crowd.
Just don’t lurk, with her.

If Jane has been a valuable influence and/or resource for you – please share your stories about that in the comments section below.

And, thank you for sharing!

The My Favorite Guru Series so far …