Use the Big 5 Instead

More on that later.

Goodbye to MBTI, the Fad That Won’t Die

… regardless of your type, it’s hard to argue with the idea that if we’re going to divide people into categories, those categories ought to be meaningful. In social science, we use four standards: are the categories reliable, valid, independent, and comprehensive? For the MBTI, the evidence says not very, no, no, and not really.

In contemporary psychology, the “Big Five” factors (or Five Factor Model; FFM) of personality are five broad domains or dimensions of personality that are used to describe human personality. 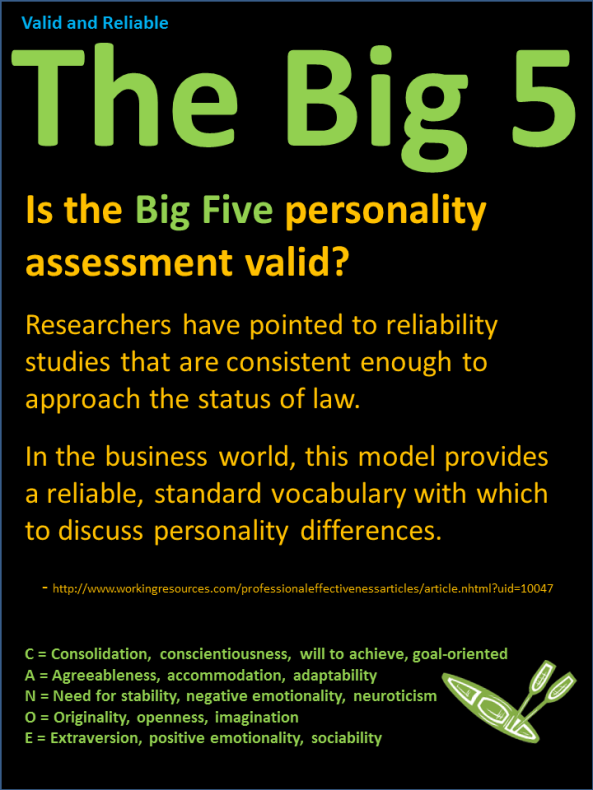 The Big Five framework of personality traits from Costa & McCrae, 1992 has emerged as a robust model for understanding the relationship between personality and various academic behaviors. The Big Five factors are openness, conscientiousness, extraversion, agreeableness, and neuroticism (common acronyms are OCEAN, NEOAC, or CANOE).

There is some evidence that personality and motivation are intricately tied with individual differences in learning styles, and it is recommended that educators go beyond the current emphasis on cognition and include these variables in understanding academic behavior.