I recall Joe Harless on the stage at an NSPI (now ISPI Conference) so many years – decades actually – ago.

He was complaining about how some in attendance – and in general – were offering advice to others about saying “no” to clients’ requests for training. He said – something to the effect of…

“And when your client asks you for help in developing some training, do not, repeat, do not say (in a whiny voice)

“Are you sure it’s a training problem!?!” 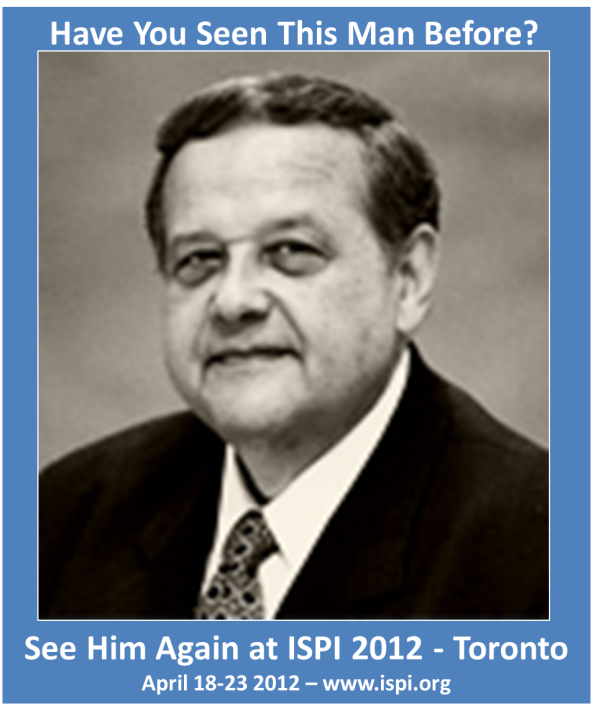 That was his reply, his advice, to the client and to all of the assembled. At least that’s my cognitive recall so many years later – and we should all appreciate what that means.

He went on to saying things to the effect that saying “no” would start off the relationship/effort poorly.

That saying yes started one on the right path in the relationship.

And that doing the analysis before design/development – should help that client and others see whether Training was the right approach, or whether a Job Aid would be more appropriate, or whether knowledge and skills were not central to the need/opportunity/problem at hand and something else needed to be done.

Joe taught me to never say no. To always say yes. And to include Analysis in the approach that followed. And to come to a shared understanding with the client – on that journey – to uncover the situation, the need and the right solution-set. The only time I ever missed a Harless session at NSPI/ISPI was when I myself was doing a session. Otherwise, his sessions were always the place to be.

I have been attending NSPI – now ISPI Conference – for a long time. My first was in 1980. I’ve been to 30 of the last 32. I will be in Toronto for the 50th anniversary Conference of my professional home come this April. Please go here for more about that conference.

Joe will be there too. He’s being dragged out of retirement and will be co-delivering a session…

An Ounce of Analysis–The Legacy of Joe Harless

He might not use his whiny voice to mock those who would say “no” to a request. He may have mellowed in the decade or so since he retired. But I think not. I wouldn’t bet on it. In fact, I’d bet quite the opposite. 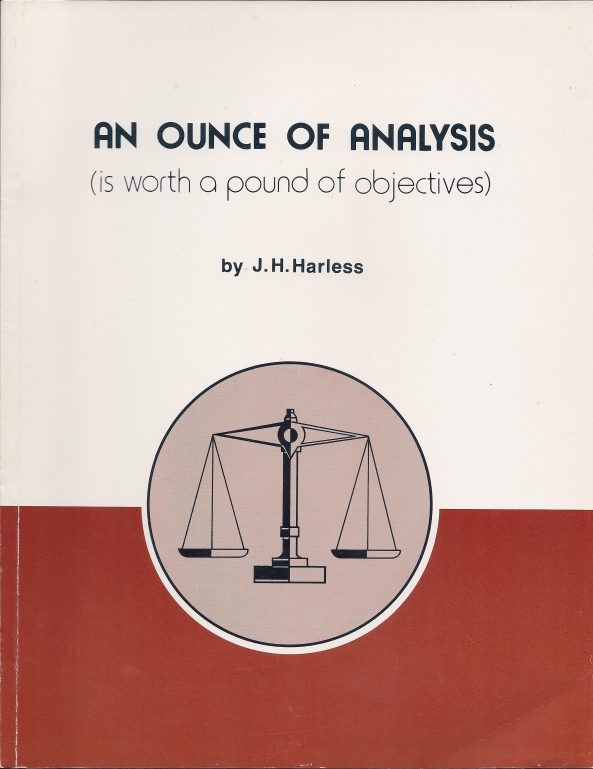 This is the cover of Joe’s famous 1975 (first published in 1970) book. He sent me a copy (one of his last) to make copies of the cover and first few pages for the ISPI Archives Initiative Lynn Kearny and I are working on – gearing up for the 50th anniversary of our professional home.

Over the past few years I’ve had the pleasure of sitting with Joe in his Georgia home to record several video interviews. The HPT Practitioner Series are typically short videos, following a script, intended to highlight the diversity of HPT Practitioners and their practice. The HPT Legacy does the same but also includes stories from the past to capture them before they are lost to time. Here are links to the 3 videos I have done with Dr. Harless:

Here is a link to all of the video interviews in these two HPT Video Podcast series – I have done over 55 of them so far. For your rainy afternoons.

For the non-Canadians – get your Passport ready! You’ll need it to cross the border!

Oh – and Joe approves this Post – I sent it to him in advance for his OK. 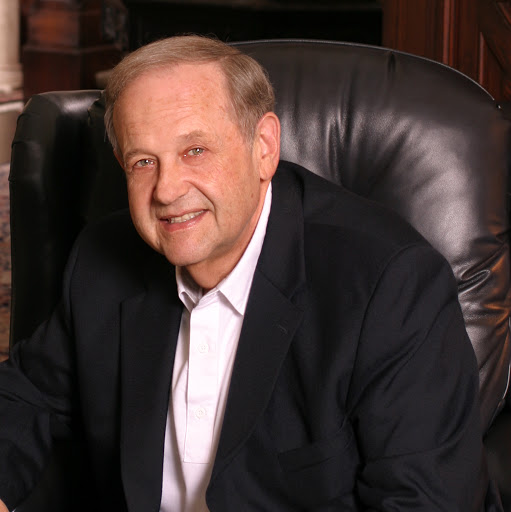